Can rabbits eat cress or not? Before we answer you, we need to look a little more into this herb. Cress or Lepidium sativum is a quick-growing edible herb that belongs to the family Brassicaceae, commonly referred to as mustard, crucifer, or cabbage family. Its other names are garden pepper, curly or garden cress, as well as mustard and cress, poor man’s pepper, pepperwort, among others.

This annual aromatic herb with a tangy, peppery flavor has white to pink flowers while its leaves are quite curly. While their names may resemble each other, it is not the same thing as Nasturtium officinale or watercress. However, they both belong to the same family Brassicaceae.

Finally, humans often add this herb to sandwiches and soups. However, its sprouts are also edible, and seeds used in peppery seasons. In Marathi and India, both the plant and seeds have applications in Ayurveda systems.

It is rich in vitamin A, including lutein zeaxanthin and beta-Carotene, vitamins C and K, manganese, riboflavin, and folate. Furthermore, this herb has potassium, phosphorus, iron, calcium, magnesium, vitamin E, vitamin B6, niacin, thiamine, in smaller quantities.

When feeding salad cress to your bunnies, add it to a chopped mixture of 5-6 other vegetables. Two cups of such a combination are sufficient for rabbits weighing four pounds.

While it is safe and bunnies will like it, don’t overfeed them as excessive may cause digestion problems. Too much of any fresh plant material will cause stomach upsets since it is low in fiber, a reason why your bunnies must eat at least 80% of grass hay.

Secondly, introduce cress slowly. This process can take up to two weeks, starting with a small amount and gradually increasing the amount. Doing so will give you a chance to see how their tummies react to this herb as well as give their digestive system to adjust to this new food.

Finally, avoid any source sprayed with pesticides or herbicides. Additionally, wash it thoroughly, preferably under running water before offering it to your furry friends.

Cress is ok for bunnies, and it won’t harm them if feed well. However, like any other herb, feed it to them sparingly. Even humans don’t consume a lot of herbs at once.

If you bought a salad mixture that has it, only allow your bunnies to eat it if it doesn’t have additives, preservatives, or any other thing that is unsafe to rabbits. 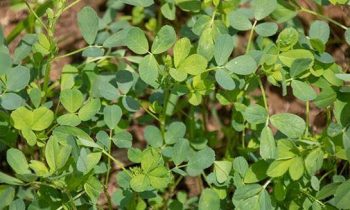