All the members of the genus Pogona get their name ‘bearded dragons’ because they have a spined glutaral pouch beneath their chin, throat, or neck area that darkens when inflated, making it appear like a beard. This behavior is commonly known as ‘beard display.’

The inland bearded dragons have a broad triangular head, flat wedged bodies, and long, robust tail, almost half their total length. Their legs are stout and quite sturdy, i.e.,  they can lift the animal’s body off the ground.

If you look at the back of their heads, neck sides, and glutaral pouch, they have spines. Similarly, they have a row of spines on the sides of their bodies running from their front legs towards their tails.

While in their natural habitats, you will find them in a variety of colors, including brown, red, reddish-brown, yellow, and orange, etc., and the specific color has some resemblance to their habitat’s soil.

However, selective breeding has led to the emergence of bearded dragon morphs such as Trans,  Hypos, Silkbacks, Leatherbacks, German giants, tigers, citrus, reds, paradox, zeros, witblits, and so on.

How big can a bearded dragon get – size

The Pogona vitticeps is among the largest of the eight members of the genus Pogona. A fully-grown bearded dragon measures up to 24 inches (61cm) in size from tail to snout. However, their typical size is 16-22 inches, and males tend to be larger than females.

The eastern bearded dragon or Pogona Barbata is almost the same size as the central bearded dragon, with a few exceptions that grow up to 29 inches (75 cm).

However, if you go for bearded dragon morphs, the German giants can grow up to 30″ in size and weigh up to 1000g since their selective breeding uses larger beardies.

Where do they live in the wild – natural habitat

All bearded dragon species are native to various parts of Australia with the Pogona vitticeps native Central Australia, where they live in varying semiarid and arid habitats, including the rocky deserts as well as in dry and semiarid woodlands.

As expert climbers, you will find them on short tree branches, dead grass hammocks, fallen trees, outcrop rocks, fence posts, and so on basking during mornings and late afternoons.

When it is hot, they move to sheltered places or burrow into the ground to avoid the scorching sun and heat.

What do they eat in the wild?

While young, they tend to be insectivorous. Nevertheless, as beardies grow, they become omnivores. Their typical foods include small invertebrates, especially insects, beetles, snails, katydids, and slugs, as well as green plants, flowers, vegetables, and fruits.

Finally, to stay hydrated, they lick mist or dew. Also, these reptiles drink rainwater or any standing water available.

How long do they live?

When living in captivity, i.e., as pet bearded dragons, their average life expectancy 10-12 years or up to 14 years, especially if there is proper husbandry or care. To live longer, they need the right diet, ideal temperatures, correct UV light exposure, supplements like calcium and vitamin D3, etcetera.

Looking at record holder, the world’s oldest bearded dragon was Sebastian in the UK, who lived for 18 years, 237 days.

However, while in the wild, their lifespan is much shorter due to predation, bad weather, inadequate food, amongst other factors. Their common predators include birds, dingoes, snakes, feral cats, goannas, and foxes.

These reptiles are not so dimorphic, making it hard to distinguish males and females. However, males have hemipenes bumps and larger femoral pores. Still, besides being more prominent, their cloacal opening and tail base is wider when compared to females.

Finally, another distinction that will not alone confirm their gender is that males have larger heads and darker beards. If you are unable to tell their gender, ask your vet or breeder will help you determine their sex.

While they are solitary, these lizards are territorial, and they establish social hierarchies in cases where they share some common resources such as basking or foraging areas.

Typical bearded dragon behavior includes head bobbing, arm-waving, beard display, gaping, stacking (lying on top of each other), and bowing. Also, they may curl their tail vertically or twitch it, flatten their body, bulge their eyes, yawn, change color, and so on.

Although they are not vocal, they may hiss when in grave danger, especially from their predators.

Finally, besides these behaviors, they include basking, digging, and climbing, while some things like surfing is a behavioral problem.

Bearded dragons change color as a way of communicating with other lizards, to absorb more or less heat or camouflage to their environment.

For instance, darkness and light make their color to vary. When exposed to light, these animal’s dorsal skin color slightly darkens while if put on the dark, it will be lighter.  Also, when under prolonged stress, these reptiles develop stress marks on their bellies.

During winter, when temperatures go low, and food becomes scarce, bearded dragons brumate, i.e., these animals go into an inactivity state for several weeks to months. During brumation, they don’t eat. However, they will drink water sporadically.

Like other reptiles, these lizards shed off their skin once a new one has grown beneath the old one. Shedding gives them a chance to grow since their skin is inelastic. However, unlike snakes, it doesn’t come out as a single piece but instead in smaller portions.

The inland beardie attains sexual maturity at the age of between 1 and 2 years, and it is influenced mainly by how quickly they grow. Once they mature sexually, they can begin mating.

Mating occurs immediately after brumation or after winter. It begins with a courtship ritual where males will stomp their feet, wave their arms, and or bob their heads while in front of a female.

If the female concedes, copulation occurs for a short while, i.e., for less than a minute. After 2 to 3 weeks, females will lay a clutch of 15-30 soft-shelled eggs, up to two times from one copulation since they store sperms in their oviductal crypts.

When gravid females about to lay eggs, they will dig a hole, lay eggs inside it,  bury it, and bury their eggs and leave them alone unattended to hatch. Depending on humidity, temperature, and other factors, these eggs will hatch after 50-80 days.

Finally, the incubation temperature can alter the gender of the hatchlings irrespective of their chromosomal composition with higher temperatures favoring females and vice versa.

When buying a bearded dragon, always check for congenital disabilities that occur as the embryo is developing. Chemical exposure, genetic, environmental factors as well as chromosomal disorders are responsible for these defects that include:

Also known as bicephalism, this condition occurs when these lizard’s hatchlings have two heads, i.e., they have two heads but one body.

In the case of anasarca, this reptile will swell while it is in its egg for an unknown reason. Such eggs will appear as if they are sweating.

Schistosoma reflexa occurs when these animals have some organs developing outside their bodies.

They occur during the developmental stage of the affected area, including toes, spine, legs, or tail due to trauma, wrong temperatures, or nutritional deficiencies.

Also known as microphthalmia or anophthalmia, it occurs when one or both eyes are insignificant or missing. Common causes include environmental factors or trauma as the eye was developing.

If your beardie has both sex organs, it is hermaphroditic, and most affected ones end up being infertile.

The central bearded dragon is the most kept followed by the Pogona henrylawsoni or Rankin’s dragon, and Pogona minor minor or western bearded dragon.

These pets are laidback, docile, hardy, and easy to care for reptiles, making them one the most popular reptile pet. Whether you love them for their even temper, tolerance to human handling, or their fascinating behaviors, these pets are worthwhile having.

What does it take to have these pets?

To understand these lizards, better, here are a few FAQs.

1. Are their bites venomous?

Except for the Eastern bearded dragon that has two primitive venom glands, the rest of the species, including Pogona vitticeps, have only one. When they bite, they release a mild venom that can kill small insects but not humans.

While they don’t bite humans, if it occurs accidentally, such as when you are handing them, or if they scratch you, disinfect and clean the area since they do carry parasites and harmful germs including bacteria like salmonella.

Also, ensure you wash your hands with a hand sanitizer or soapy water before and after touching this pet or their habitat.

2. Are their spines sharp?

No. Although these spiny scales may appear dangerous like those of a porcupine, they are not sharp and will not harm you even when they flare their chin.

3. Can you have them with other pets?

Depending on their nature and the nature of other pets, you can keep them and have dogs, cats, and so on. However, never leave them unsupervised even after they have bonded well.

4. Why do they need UVA and UVB light?

UVA helps in stimulating activities like feeding and breeding as well as in boosting their overall health, i.e., UVA helps regulate their daily and seasonal activity.

On the other hand, UVB helps their skin in synthesis vitamin D3 needed for calcium absorption. 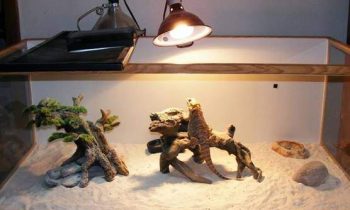 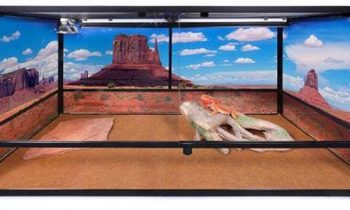 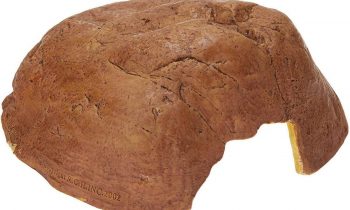